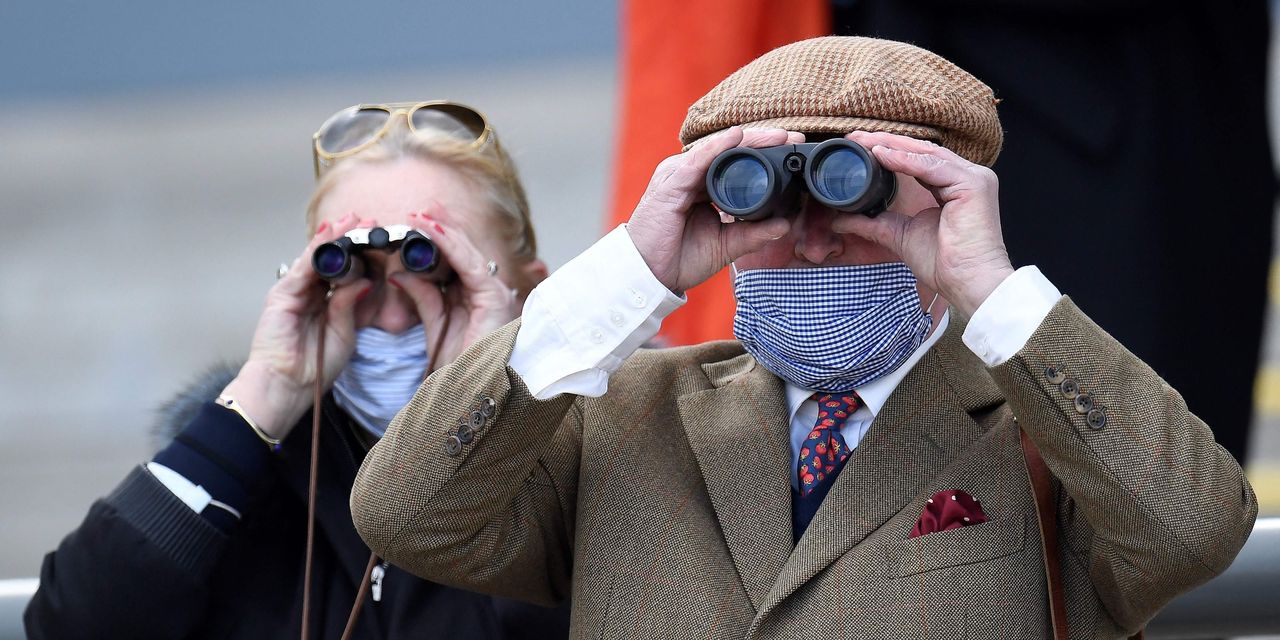 According to Chris Alwine, head of global credit at Vanguard Group, U.S. corporate bonds rated below investment grade can still generate gains, after a strong run so far this quarter.

Alwine, who oversees $250 billion in assets, said in a phone interview Monday that within U.S. credit he likes high-yield, or junk, bonds over the next one to three months. At least for now, business fundamentals remain “sound,” he said, while warning that Vanguard anticipates a recession in the second half of 2023.

In recent weeks, riskier stocks and corporate bonds have posted strong returns amid heightened optimism that the Federal Reserve can achieve a “soft landing” for the economy as ‘It aims to bring soaring inflation under control by tightening monetary policy, according to Alwine. The Labor Department announced last week that inflation as measured by the consumer price index fell in July year-over-year to 8.5% from 9.1% in June.

“The market has priced in a soft landing and now we’re going to have to see the data prove it,” Alwine said. “It’s ‘show me’ time.”

Vanguard sees high-yield bonds as a near-term opportunity, Alwine said, describing their current valuations as at “average” and “fair” levels.

“That leaves us constructive over the next three months, but cautious over the medium term as the Fed attempts to stage a soft landing,” he said. “There is still room for gains, but we still end up with a macro environment that says we have a Fed that needs to slow the economy.”

U.S. investment-grade and high-yield bond credit spreads have narrowed so far this quarter, delivering “outsized returns” amid a “widespread shift in risk sentiment,” according to a CreditSights report on Monday.

During the third quarter, U.S. investment-grade bonds produced total returns of 2.3% based on Aug. 12 data, while high-yield bonds returned 7.6% over the same period, according to The report.

The gains came as high-yield debt spreads have fallen 27.6% since the end of June to 4.25 percentage points over comparable Treasuries, while investment-grade corporate bond spreads shrank 14% to 1.41 percentage points, according to CreditSights.

Spreads are a sign of credit risk. They tend to widen when investors worry about the potential challenges businesses face in an economic downturn or when a borrower’s ability to service debt deteriorates.

Aiming for the yield of lower-rated bonds is a risky strategy that can pay off in good times, but investors could be hurt if sentiment suddenly deteriorates in the face of a possible recession.

Within high-yield debt, risky bonds with a CCC rating had a total return of 8.9% in the third quarter through Aug. 12, according to CreditSights. Bonds rated BB, the first step below investment grade, returned 6.9% over the same period.

Within the junk bond universe, Vanguard likes bonds with higher credit quality over the next three months, Alwine said, pointing to high-yield debt with BB and B ratings.

Don’t miss: Hear Carl Icahn at the Best New Ideas in Money Festival on September 21-22 in New York City. The legendary trader will reveal his take on this year’s market madness.

He warned that some high-yield bond funds with higher expenses sometimes take on more risk by seeking yield in lower-rated credits to help offset what they charge investors. According to Alwine, “they have to buy bonds that pay more so they can offer a yield that looks competitive.”

But in a recession, “lower-quality corporate bonds would be expected to not perform well” as they are more exposed to default risk, Alwine warned. “We believe triple-Cs are vulnerable to an economic downturn.”

Beyond three months, Alwine said he prefers an investment strategy that enhances credit portfolios due to recession fears, potentially by reducing exposure to high yield or increasing allocations to investment grade bonds. superior.

Achieving a soft landing will be “tough” in a world still marked by high inflation, and investors will want to see more evidence that this may be possible as the Fed continues to raise its benchmark interest rate to rein in a high inflation, according to Alwine.

posted a total return of 7.1% in the third quarter through August 12, after losing 12.5% ​​in the first half of 2022 as fixed income assets suffered significantly, according to FactSet data. The fund has an expense ratio of 0.23%.

Beyond U.S. corporate credit, Vanguard also likes short-term high-yield emerging-market sovereign debt because “it’s still cheap” after better pricing recession risks, Alwine said. But as with US junk bonds, it is equally cautious over the medium term, as emerging market debt is “sensitive” to US growth.

The US economy is not out of the woods.

Inflation will have to continue to decline while “growth will have to slow to a level that is not too slow, but also not too fast,” Alwine said. The Fed will have to argue that by slowing its pace of monetary tightening – “or possibly pausing” – as it seeks to calibrate its monetary policy “properly”.

“So it’s a narrow path to achieve a soft landing,” he said.

In the U.S. stock market, major benchmarks ended higher on Monday afternoon despite concerns over a slowdown in China and a sign of weakness in U.S. manufacturing based on a new index reading New York Fed’s Empire State Trading Terms.