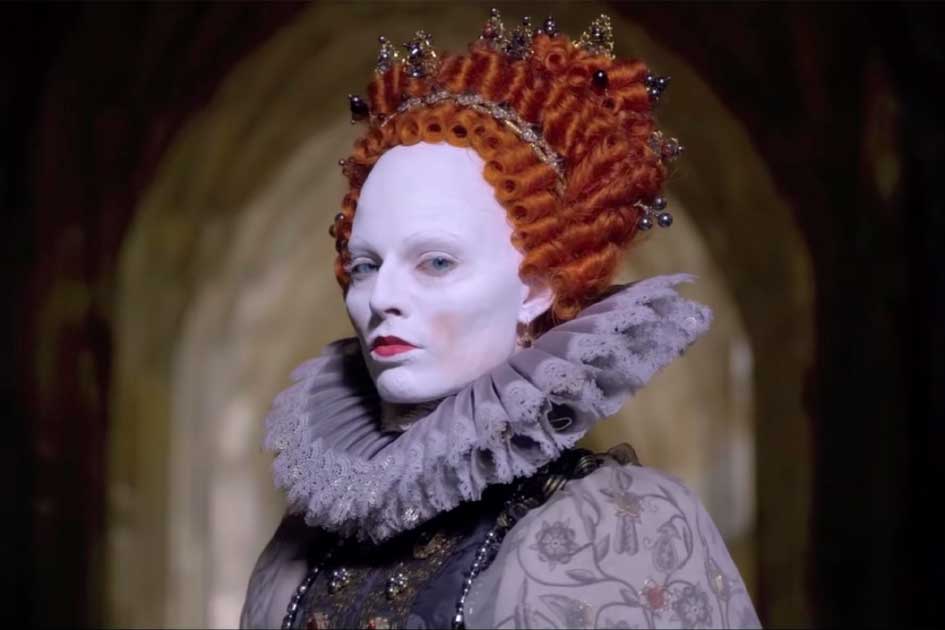 Was Queen Elizabeth I killed by her toxic white makeup?

Queen Elizabeth I was one of the most famous and famous queens in British history. Daughter of Henry VIII and Anne Boleyn, she ascended the throne on November 17, 1558, following the death of her older half-sister, Mary I. While her reign is well known for ushering in an age of However, Elizabeth herself is also known for her distinctive makeup. Her makeup gave her an iconic look, but that may also be what killed her.

A dance with death

In 1562, when Elizabeth was still in her late twenties, she caught a violent fever that left her bedridden. After being examined by doctors, it became clear that Elizabeth had contracted smallpox. Smallpox was an extremely deadly disease that first infected humans around 12,000 years ago and continued to do so regularly until the invention of the smallpox vaccine by Edward Jenner in 1796. of Elizabeth, it killed about 30% of the people. infected.

Was Queen Elizabeth I killed by her makeup? Source: Public domain

While the disease wreaked havoc in Europe, killing many monarchs, it did not kill Elizabeth. Although she survived, Elizabeth did not escape unscathed. She left many scars and blemishes on her skin. Elizabeth was known to be a bit vain and would have any portraits of herself that she disliked destroyed. A visitor to her court said: ‘When someone talks about her beauty, she says she has never been beautiful. Nevertheless, she talks about her beauty as often as she can” (quoted in Johnson). The marks and blemishes left by smallpox must have given her a desperate need to hide them.

As a young girl, Elizabeth used much less makeup, but after her battle with smallpox, she began applying more makeup, creating what we consider her signature look today. In Elizabethan times, pale white skin was considered incredibly beautiful by the English upper class. In an article by historian Paige Reynolds, she notes that Elizabeth knew that “she herself was being judged”. She supports this assertion by quoting a speech given by Elizabeth in which she states: “The eyes of many see our actions; a stain is soon seen in our clothes; a flaw quickly noticed in our actions.

Luckily for her, there was a popular makeup available in the 16th century called “Venetian Ceruse”. It was a highly sought after skin whitener by European aristocracy due to its high quality and was frequently used to conceal scars. It was made with vinegar and white lead from Venice, which made women look incredibly pale. Lead, however, was poisonous. Over time, Venetian Ceruse caused hair loss and skin discoloration, two things Elizabeth suffered from as she aged. 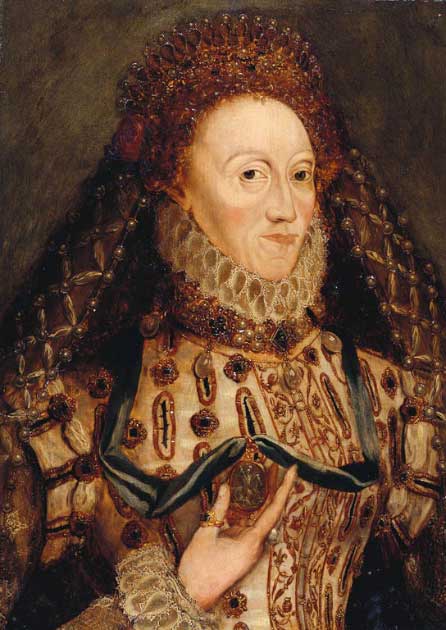 A contemporary portrait showing Elizabeth I towards the end of her life. It may have been based on a candid image. Elizabeth I is depicted wearing an elaborately jeweled dress, headdress and veil. ( Public domain )

To make matters worse, Elizabeth got her signature red lips through the use of cinnabar. Cinnabar is a mineral containing mercury. Mercury poisoning can cause memory loss, depression or, in extreme cases, death. Unfortunately for her, when Elizabeth started wearing a wig following her hair loss, the wig was dyed red with even more mercury. It is not really surprising that at the end of her life she was reported to be in a state of deep depression.

Perhaps the worst thing about Elizabeth’s beauty routine wasn’t the makeup itself, but how long she left it on. The Venetian whitewash was left in place for a week with daily touch-ups, allowing ample time for the lead to soak into her skin. When it finally came time to remove makeup, things got even worse. To remove it, she used a mixture of eggshells, alum, and even more mercury. It would only worsen the effects of the makeup that was killing Elizabeth.

Was Elizabeth I killed by her makeup?

It is said that the beauty of Elizabeth I has faded a lot over time. Her self-consciousness about her image only led her to use heavier makeup, which made her look worse. Perhaps that’s why she had such a great love for incredibly elaborate dresses and exorbitant jewelry. Francis Bacon, British philosopher and statesman, wrote at the time “She imagined that people, who are very influenced from outside, would be diverted by the glitter of her jewels, from noticing the decadence of her personal attractions” (cited in Morrill, 2022).

As already mentioned, she was in a state of deep depression at the end of her life. She refused to have a mirror in any of her rooms. In addition to her poor physical health, she showed signs of declining cognitive abilities and delirium. Despite this, her stubbornness pushes her forward. She refused to rest and reportedly stood for hours and hours, perhaps fearing that if she had to sit down she would never get up again. She probably knew how fragile she was and feared her death was near. She refused to let the doctors examine her physically, perhaps because she feared the worst. 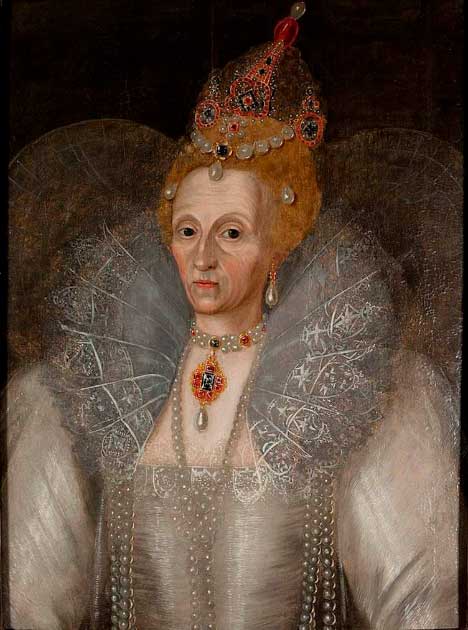 An authentic and realistic circa 1595 portrait of Queen Elizabeth I by Marcus Gheeraerts the Younger. ( Public domain )

Unfortunately for Elizabeth, she was right. Having named her successor to James VI of Scotland, she died quietly on March 24, 1603. The causes of her death are hotly debated, but many strongly suggest that she died from toxic buildup in her body at the following its decades. -long use of makeup. Others believe she died of cancer or possibly pneumonia that developed from a simple bronchial infection.

Unfortunately, because she did not allow doctors to examine her and she did not undergo an autopsy, it is impossible to say for sure what killed Elizabeth I. Whether her makeup killed her or no, what he certainly did is helped make her one of the most iconic and revered monarchs to ever live.