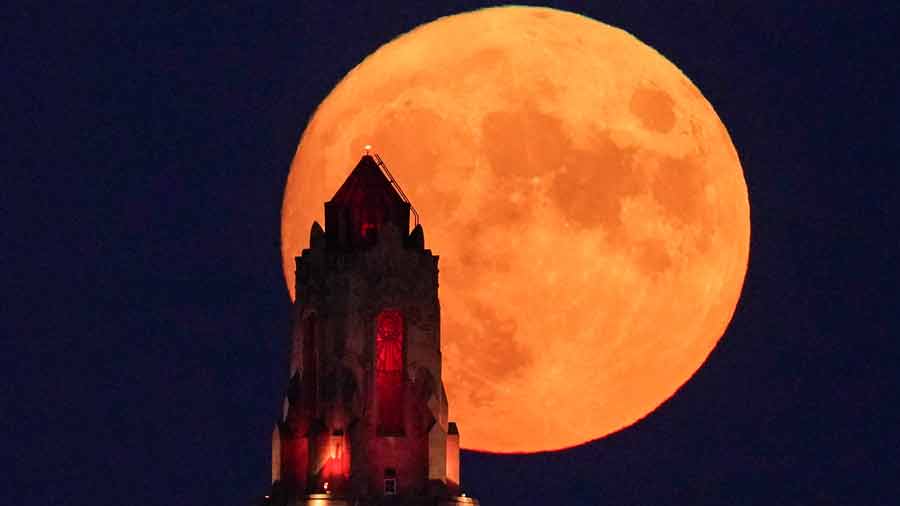 (CNN) — Tonight’s Sturgeon Supermoon might have you dancing in the moonlight — the type that only happens three to four times a year.

Named by the Native American Algonquin tribe after the sturgeon fish that were more easily caught in the Great Lakes and other bodies of water at this time of year, the sturgeon moon ends the streak of four supermoons of 2022, which began in May, according to The Old Farmer’s Almanac. After sunset, look southeast to watch this super moon rise. It will reach peak illumination at 9:36 p.m. ET on Thursday.

“At certain times of the year, the moon is at its closest point to Earth and they are called supermoons,” Mike Hankey, director of operations for the American Meteor Society, said by email. “It’s just a natural point in the moon’s orbit. At each extreme, the moon is either a little bigger or a little smaller (at its farthest point), but that’s not a huge difference.

This closest proximity is called perigee, and it’s only about 226,000 miles (363,300 kilometers) from Earth, according to NASA. This is why a super moon also appears slightly brighter than a normal full moon. The moon’s distance from Earth changes throughout the month since its orbit isn’t a perfect circle, according to The Old Farmer’s Almanac.

If you take a cool photo of the supermoon, you can share it on social media with the hashtag #NASAMoonSnap – the phrase NASA uses to track moon-inspired content leading up to launch in late summer. of Artemis I, the first test flight of the rocket and spacecraft that will send future astronauts to the Moon, according to NASA’s Tumblr. The agency has shared a guide to photographing the moon and will share content from select users on its social media platforms during the launch broadcast.

The Sturgeon Moon will steal the show in the Perseid meteor shower culminating Thursday through Saturday.

“Bright moon phases are bad for meteor showers because they push out fainter meteors,” Hankey said. “A full or nearly full moon dominates part of the sky, making that part undesirable for meteor viewing. The full moon also lasts all night, leaving no hour of complete darkness, which is preferable.

The Perseid meteor shower lasts from July 14 to September 1, and this year’s barely visible peak will occur at 11 p.m. ET Friday (3 a.m. UTC Saturday), according to EarthSky. In previous years, the Perseids have been a much anticipated shower in the Northern Hemisphere, where it is usually more visible. But this is only when the moon is not in a phase dominating the sky.

This year, the Perseids – which increase in numbers from late evening to early morning – were most visible in early August when the moon appeared smaller and darker. In previous years, they were more visible in nearly moonless skies.

The shower fragments come from comet 109P/Swift-Tuttle, which takes 133 years to orbit the sun just once, according to NASA. The comet last entered the inner solar system in 1992.

Four more Full Moons will occur this year, according to The Old Farmer’s Almanac:

Other Native American tribes have different names for full moons, such as the Cheyenne tribe’s “dry grass moon” for the one that occurs in September, and the Arapaho tribe’s “bursting trees” for the full moon. which occurs in December.

The November 8 total lunar eclipse can be seen in Asia, Australia, the Pacific, South America, and North America between 3:01 a.m. ET and 8:58 a.m. ET. But for people in eastern North America, the moon will set around this time.

preparing and planning for business loans