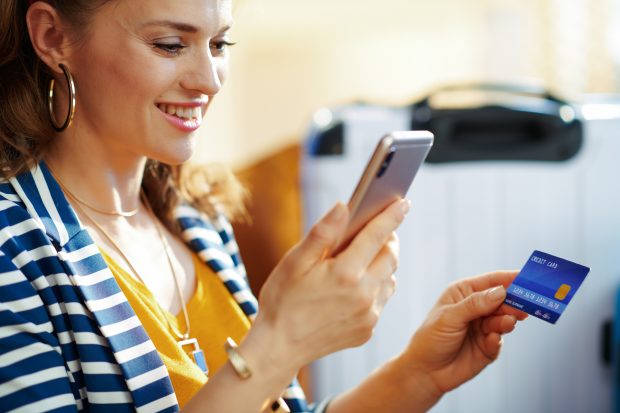 Payment CUSOs found that members continued to ramp up their spending in February, including travel, and continue to shift more of their purchases from their debit cards to their credit cards.

The PSCU Payments Index found spending gains from February 2021 to February 2022 were 27% by credit cards and 14% by debit. On Wednesday, the Census Bureau reported that retail spending, excluding cars and parts, was $527.8 billion, up 17.7% from a year earlier.

By merchant type, the Census and the St. Petersburg, Florida-based PSCU reported these changes from February 2021 to February 2022:

Beth Phillips, director of Co-op Solutions of Rancho Cucamonga, Calif., said fear and uncertainty about changing economic and geopolitical factors, as well as increasingly competitive rewards programs, will drive consumers shift even more of their spending from debit to credit, after a steady shift to debit in the first year or so of the pandemic.

“One of the reasons consumers are switching to credit instead of debit is the rich rewards offered on their credit card,” Phillips said. “Earning rewards points in eligible categories like travel helps mitigate the impact of those big purchases.”

John Patton, senior payments adviser at The Co-op, said inflation, supply chain issues and war in Europe could cause consumers to turn to credit as a strategy “to maintain cash for safety, while avoiding riskier investments like cryptocurrencies.”

The Co-op’s February credit union spending data released Tuesday showed strong double-digit increases from January to February in the travel merchant category for both debit and credit. The PSCU found that travel increased by 112% by credit and 43% by debit from February 2021 to February 2022.

According to the PSCU, the credit card delinquency rate was 1.56% in February, down from 1.51% in February 2021 and down from the pre-pandemic level of 1.94% in February 2019. Continued strong growth in purchases on credit over the past three months contributed to the slight increase in delinquencies after 18 months of reductions,” the PSCU report said.

PSCU’s February Payments Index released on Tuesday was based on data from credit unions that process payments with PSCU since January 2020. It encompassed 2.6 billion transactions valued at $130 billion in card activity credit and debit in the 12 months ending February 28.

What is automatic cash-back refinancing and how does it work?