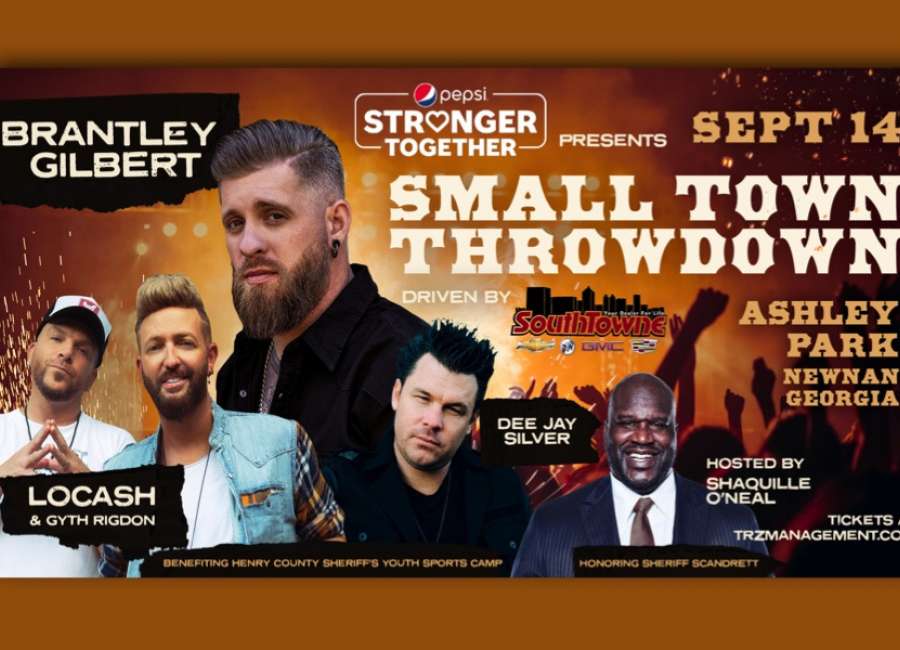 Hot on the heels of Alan Jackson’s successful concert last year, another live event to benefit the Coweta Community Foundation is being held in Newnan.

With back-to-back Platinum albums and a following of millions, Gilbert’s music has been shared, covered and embraced as Saturday night and Sunday morning soundtracks by audiences around the world.

The Georgia native who started as the defiant life of the party can still go until sunrise, but he’s also become something much bigger: the leader of a huge tribe of hard-working, loving believers. fun for whom electric guitar- shredding, rapping and twanging can go together. They call themselves BG Nation, and when BG Nation watches Gilbert on stage, they don’t just see a star. They see each other.

Seven No. 1 hits punctuate his career: “Country Must be Country Wide”, “You Don’t Know Her Like I Do”, nominated for the CMA Awards Song of the Year “Dirt Road Anthem”, “My Kinda Party”, RIAA 5x “Bottoms Up”, “One Hell of an Amen” and collaboration with Lindsay Ell “What Happens In A Small Town”.

Gilbert’s landmark record, Just As I Am, won the 2014 American Music Award for Favorite Country Album. Earning accolades from The New York Times, NPR, The American Songwriter and more, Gilbert has tapped into a rich vein of party versus bench conflict on all of his albums. Instead of toiling in limbo, unable to enjoy good times for fear of doomsday, Gilbert lives fully – rowdy friend, man of faith, devoted husband, loving new father – just as he is.

Gilbert recently teamed up with longtime friend Jason Aldean for their long-awaited “Rolex On A Redneck” collaboration, encompassing the hardworking and fun attitude that Gilbert and BG Nation possess. Gilbert is back in the studio preparing new music to be announced later this year.

LOCASH is the country music duo of singer-songwriters Preston Brust and Chris Lucas. Rising through the domestic ranks with a string of hits, critical acclaim and awards, the duo have two albums, eight singles and nearly 500 million global streams to their name. Gyth Rigdon quickly rose to fame on The Voice, but the country singer has been hitting the stride for years. The 25-year-old from Singer, Louisiana discovered his passion for music at the age of 15 during the “family jam session around a campfire,” according to his NBC bio.

Dee Jay Silver is the first DJ to be signed with a major Nashville record label, RCA Nashville. Dee Jay Silver has been one of the top touring DJs/remixers/producers of the past 15 years, having played top venues in virtually every major market in the United States, Mexico and Canada. The groundbreaking open-format DJ/performer has thrilled millions with his unique ability to mix all types of music, from hip-hop and rock to house and country for crowds of all sizes, as well as on mash-ups and remixes.

Tickets will range from $39 to $79 and will be available on TRZmanagement.com beginning Thursday, August 4 at 8 a.m.

“After the huge success of last year’s concert, we are thrilled to once again be able to use the gift of music to entertain Cowetans while raising funds for the Coweta Community Foundation,” said Kristin Webb, Executive Director. of the Foundation. “The sponsorship proceeds will allow us to improve the quality of life in our community by encouraging philanthropic interaction in Coweta County.”