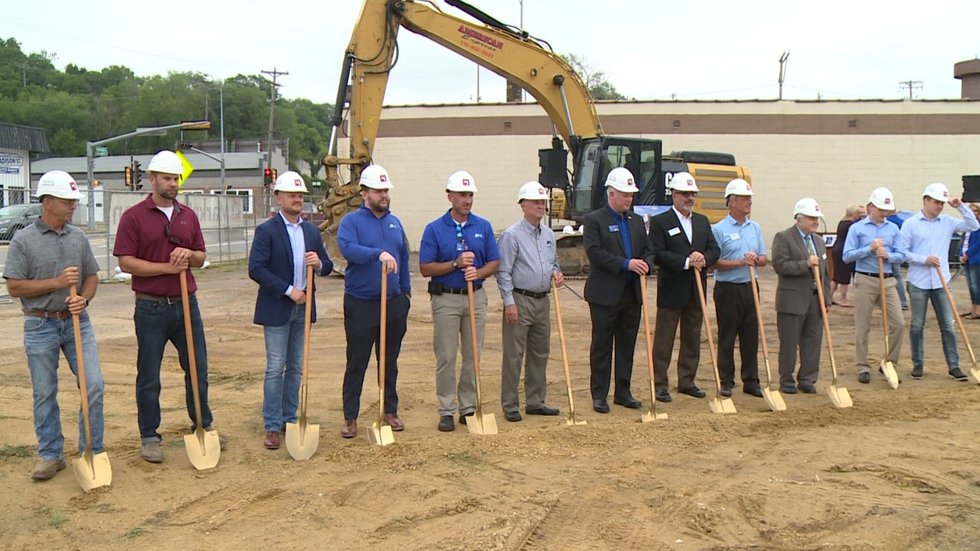 On Friday morning, RCU inaugurated its new office in downtown Eau Claire. The new office, which will relocate services from an existing office on Bellinger Street, will be located on the site of a former gas station at 317 N. Barstow Street.

â€œWe’re going to make some nice green spaces here,â€ Riechers said. â€œYou can see that once some of the lots are cleaned up it really opens up a nice place right at the entrance to downtown Eau Claire.â€

The gas station that was located on the site of the new office was removed as part of the project to create the approximately 2,900 square foot office. The Bellinger Street office is located in a leased space, while the new office will be owned by RCU.

In addition to the new building, the office will also have a new address at 455 E. Madison Street, which changes due to the direction in which the new building will face.

A second office located near Woodman’s Market in Altoona will also house some of the services supported at the existing Bellinger Street location.

The Eau Claire downtown office, which will be located near the RCU headquarters built in 2005 at the confluence of the Eau Claire and Chippewa rivers, should be completed next summer.