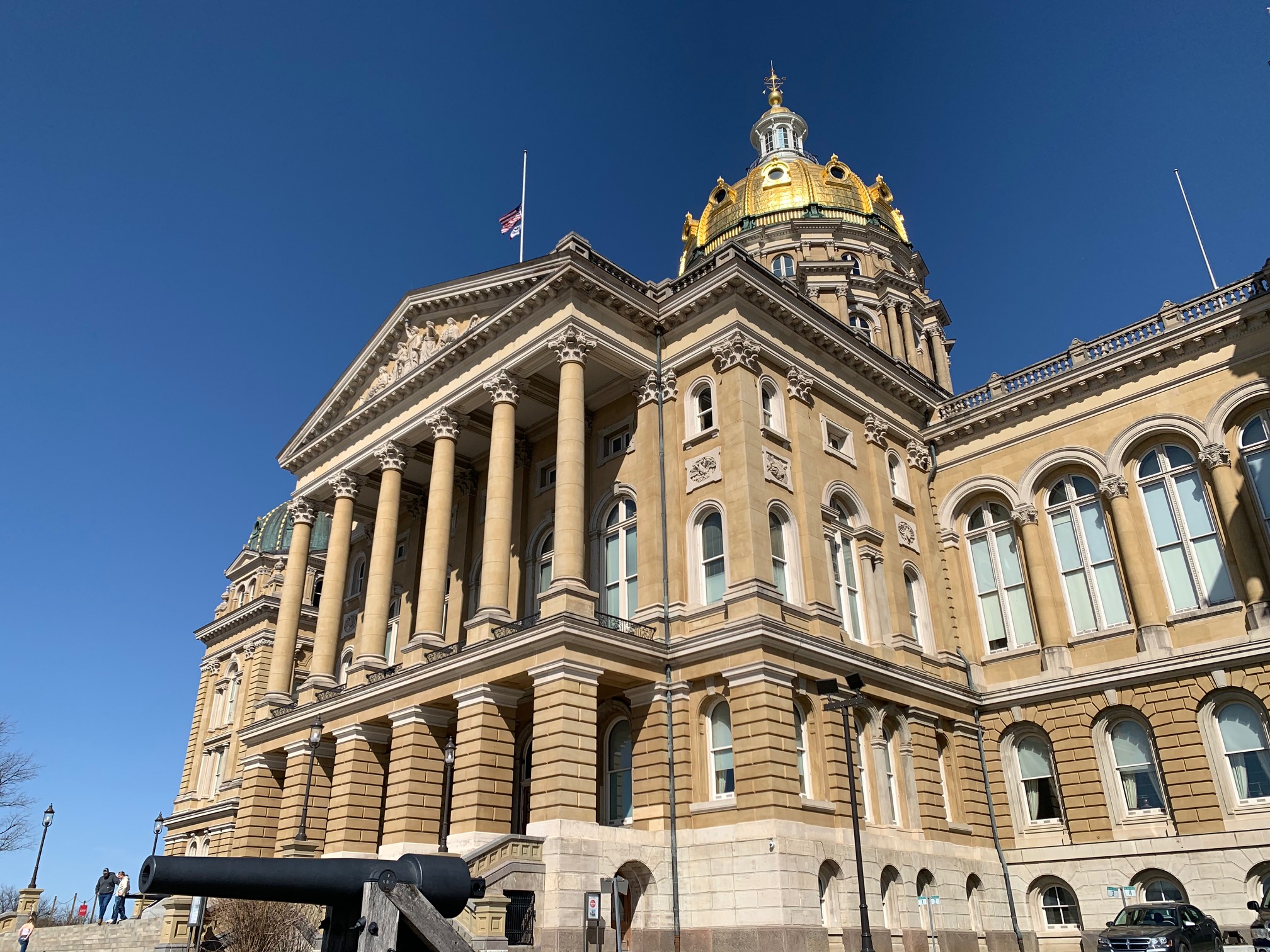 Iowa Republicans are again considering a proposal to change the state’s public assistance eligibility system, arguing that the changes could improve the state’s labor shortage.

“We don’t want the government to be the reason people think they shouldn’t enter the workforce,” Grassley said.

This week, the House Social Services Committee passed a 2021 Senate proposal that would change how the Department of Human Services determines, verifies and tracks eligibility for public assistance programs, including the supplemental nutritional assistance (SNAP) and Medicaid.

House Minority Leader Jennifer Konfrst said Democrats are “very concerned” about the proposal, which the House has divided into parts for consideration.

“To assume that people aren’t working because they just don’t want to work, or that they’re taking public assistance because they’re lazy… is so, so unfair,” she said.

Democrats have argued that child care issues and the pandemic are driving forces behind Iowa’s labor shortage, rather than excessive state or federal assistance.

Konfrst, D-Windsor Heights, also argued that the state did not have a fraud problem warranting the changes.

“There’s not a big problem it’s trying to solve,” she said. “It’s just about demonizing people who need help.”

Republican Rep. Ann Meyer is advancing bills through the human resources committee. She told reporters on Tuesday that the changes were necessary due to a high error rate for the Department of Social Services, pointing to a leveraged 2019 fine against the agency.

“We have to make sure that if people are eligible for the safety net, they get it,” she said. “And that people who don’t qualify, we don’t spend taxpayers’ money on them.”

DHS officials responded that the error rate had already improved since 2019.

How did we get here?

The House created seven bills from a 2021 Senate proposal. Senate File 389 directed the Department of Social Services to create or purchase a new system to verify and track the eligibility of Iowans for public assistance, and it changed some requirements for Iowans applying for food stamps.

Sen. Jason Schultz, a leader of the proposal, said the changes would improve the department’s efficiency.

Democrats also opposed the proposal last year, arguing that the new system could make it harder for Iowans to access public assistance, or that a third-party provider would wrongfully deport people from their benefits.

“The more rigorous it is, the harder it is to register, and I think that’s probably your intention,” said Senator Liz Mathis during a floor debate on the legislation.

House lawmakers never accepted the bill. But Grassley said all proposals were being considered ahead of this session.

“We have to accept all ideas, whether we think they will be signed by the governor or passed by the House or rejected by the committee,” he said. “We need all these bills on the table.”

Proposals would require DHS to redesign asset checks for eligibility

The House considered several parts of the legislation in subcommittee, but many proposals are stalled, pending further discussion or clarification from experts. Lawmakers and lobbyists have also noted that some of the bills do not work well as stand-alone measures.

Here is where the proposals stand:

BSS 502 would require DHS to redesign its system for verifying the incomes and assets of Iowans receiving public assistance. The bill requires a “real-time system” that can be accessed “periodically” to check if Iowans are eligible for certain programs.

Opponents of the proposal have seen problems with real-time checks, arguing that the system could incorrectly flag someone on payday, when their assets are at their peak for the month.

A subcommittee tabled the bill for further discussion.

BSS 503 would require DHS to refer suspected fraud cases to the Department of Inspections and Appeals. Under current law, the DIA already investigates cases of fraud. Lawmakers have yet to discuss this proposal.

BSS 504 would create a knowledge-based online questionnaire for applicants for public assistance. The test would be an additional means of confirming a person’s identity, especially for an individual with no bank account or credit history.

Lobbyists broadly backed the idea at a subcommittee last week, but proposed that the questionnaire be optional, rather than an extra step for each candidate.

HSB 505 would link the Supplemental Nutrition Assistance Program (SNAP) to cooperation with the Child Support Recovery Unit. Lawmakers tabled the proposal for further discussion, raising concerns that the “cooperation” was unclear.

BSS 507 would require DHS to review a person’s income and physical assets — such as cars or homes — before deciding whether they qualify for assistance. Lawmakers have yet to consider the bill.

BSS 508 would require DHS to use an asset test to determine if someone is eligible for food stamps. That would be more restrictive than the state’s current system, which allows people to qualify for SNAP by enrolling in other programs. The legislators did not consider this change of subcommittee.

BSS 515 sets out the rules DHS must follow if it finds an anomaly in someone’s information. The recipient of public aid would have 10 days to respond to the discrepancy or risk losing their aid. The subcommittee recommended the bill be “delayed indefinitely” on Thursday, noting that the proposal doesn’t make much sense as a stand-alone bill.

House lawmakers also highlighted an eighth bill, BSS 506, which would change re-enrollment guidelines for Iowa’s health and wellness plan, which is the state’s expanded Medicaid program.