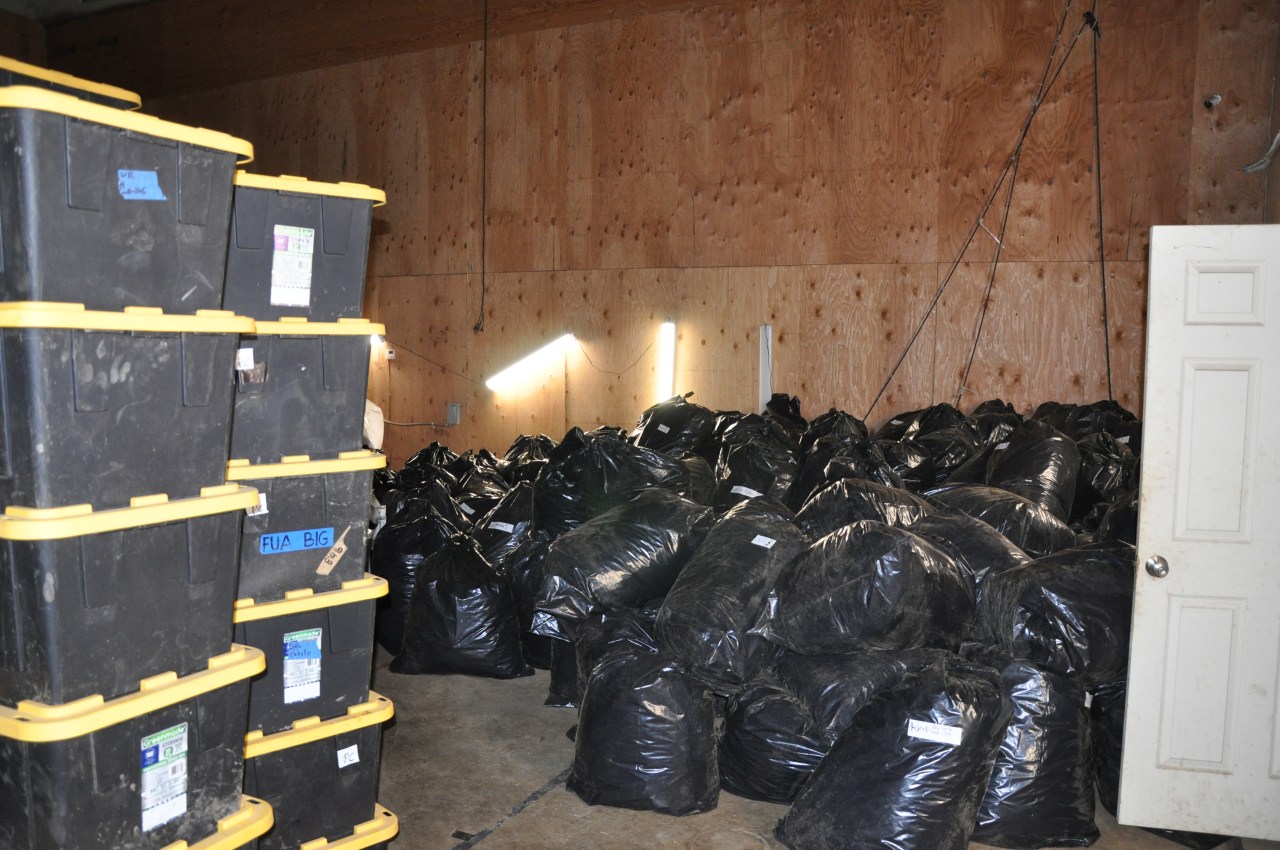 Record amount of pot worth $76.0 million seized from Newberg property

PORTLAND, OR (KOIN) – The Yamhill County Sheriff’s Office said it made the largest illegal marijuana seizure in its department’s history while serving a search warrant in Newberg on Oct. 18.

The sheriff’s office says it seized 76,930 pounds, or more than 38 tons, of cannabis and numerous firearms from an illegal grow site on the 14000 block of Stone Road. Five suspects were arrested at the property, which is believed to have been operated by a major drug trafficking organization. No cannabis cultivation or processing license or permit was filed for the property prior to the search.

“Investigators found that the entire property had been converted to facilitate the growth, storage, processing and packaging of marijuana to be shipped or transported out of the area,” YCSO said. “Investigators have recovered documents and evidence suggesting that this massively organized drug trafficking organization regularly traveled out of state, engaging in the illegal export of marijuana from Oregon.”

All five suspects are residents of Newberg and have been incarcerated in Yamhill County Jail, authorities said. The suspects are Ulises Valdovinos Chavez, 28, Luis Guerrero Rubio, 32, Jose Alfredo Esquivel, 30, Miguel Angel Valdovinos Chavez, 23, and Francisco Franco Rodriguez, 23. The suspects were charged with unlawful manufacture of cannabis articles and unlawful possession of cannabis. The YCSO asked for a judge to strike down Senate Bill 48, which kept the suspects in custody until the search was completed.

“There were receipts recovered from the property showing multiple wire transfers of large amounts from Oregon to the state of Michoacan, Mexico,” YCSO said in a press release. “The property was essentially set up as a receiving and processing facility because the amount of marijuana on the property far exceeded what could be produced on the property.”

Based on evidence, investigators say the cannabis was grown elsewhere and transported to the place of processing, distribution and sale. The market value of cannabis is estimated at $76.5 million in Oregon and $269 million on the East Coast.

“Whenever news about a case involving marijuana law enforcement comes out, we always see comments about drug law enforcement being a waste of time, or comments about legalizing marijuana. marijuana,” the YCSO said. “Nothing about this operation was legal. The amount of marijuana present at this address was unmistakably the result of illegal marijuana cultivation which, in almost every circumstance we have seen in Yamhill County, exploits human labor in substandard conditions, without workplace protections or fair compensation From coercion, deception, indentured servitude and threats of violence, to withholding wages or personal papers and property, these Large-scale drug trafficking rings are the definition of organized crime and span multiple states and countries.

How Refinancing My Private Student Loans Affected My Credit Score

What are Approved Lenders and what to look out for when borrowing from them, Money News