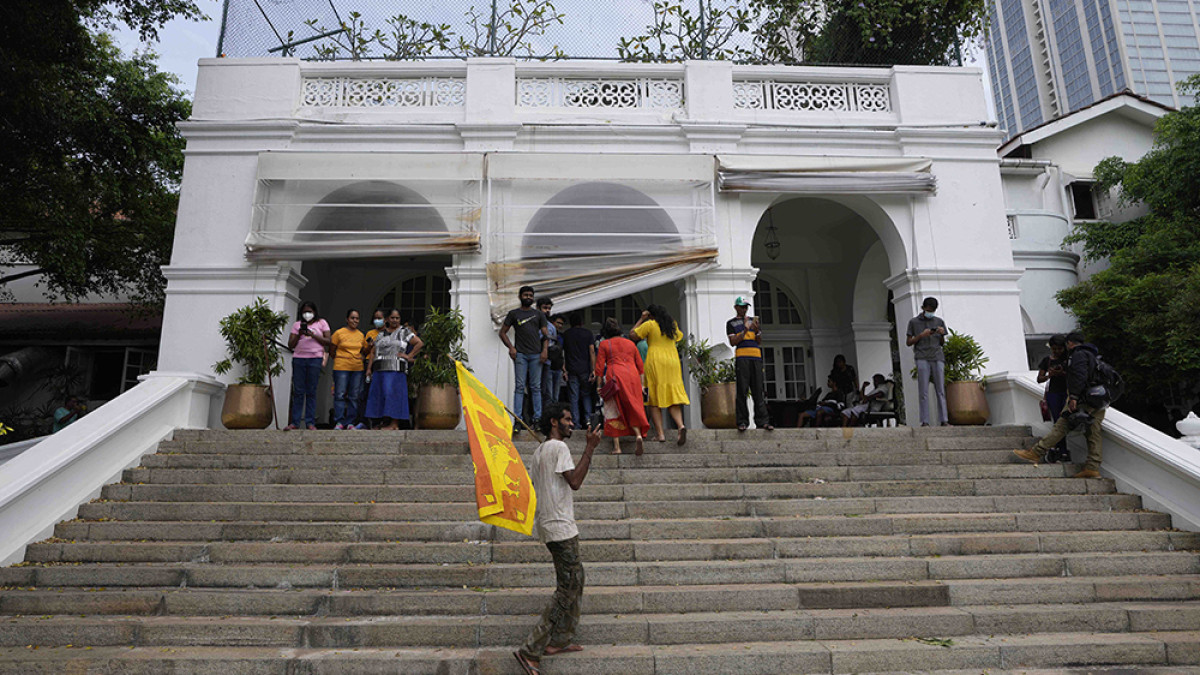 Over-borrowing, a trap to avoid in personal finance

We certainly live in uncertain and unpredictable times. Apart from the pandemic, the war in Ukraine and the floods, there is now a debt crisis hanging like a sword over a large neighboring country which could lead to its collapse and cause ripple effects elsewhere as well.

Sri Lanka is now under the weight of soaring external debt. The country has resorted to foreign loans to aggressively finance its infrastructure development projects under former President Mahindra Rajapaksa.

The mistake, however, was that he took out large investment loans from Chinese state-owned banks to fund his infrastructure projects, including a controversial port development in Hambantota district.

According to a recent New York Times report, over the past decade, Sri Lanka has racked up $5 billion in debt in China alone. India also recently extended $1.5 billion in aid to Sri Lanka through currency swap and loan deferral. The country continued to accumulate foreign debt without sufficient revenues. Sri Lanka currently has about $7 billion in total debt due this year.

The country’s economic future is clearly in shambles after it defaulted on its growing foreign loans – estimated at $50 billion – for the first time since the country gained independence from Britain in 1948.

The Sri Lanka case is not an isolated incident. Many countries around the world are facing such dire situations. They obviously haven’t strategized or planned their economic situation any better.

According to the International Monetary Fund (IMF), during the pandemic, deficits grew and debts piled up much faster than during the first years of the recession, including the most important: the Great Depression and the financial crisis. world. The scale is only comparable to the two world wars.

Borrowing also jumped 28 percentage points to 256% of gross domestic product in 2020, according to the IMF’s Global Debt Database. financial and household. Public debt now represents nearly 40% of the global total, the highest in nearly six decades.

Emerging and developing economies (excluding China) accounted for a relatively small share of the increase. According to the IMF, about 60% of low-income countries are currently in distress or at risk of doing so.

Overborrowing or indebtedness is a major concern for everyone

Over-indebtedness or debt is now a major concern for all developing countries. And this worry is rippling through to businesses, organizations and individuals.

“Over-indebtedness not only destroys individuals, but can even destroy the whole economy; and Sri Lanka is a classic example. In February, the country had only $2.31 billion in reserves, but faces debt repayments of about $4 billion in 2022, including a $1 billion international sovereign bond (ISB). expiring in July. ISBs account for the largest share of Sri Lanka’s external debt at $12.55 billion, with the Asian Development Bank, Japan and China among other major lenders. Now the current account deficit is in shambles and the whole economy is collapsing,” says Anant Ladha, founder of Invest Aaj For Kal, a financial planning company.

Debt has also become an important component of family finances. Spending more money than you earn is essentially spending money you don’t have or haven’t earned yet.

Borrowing irresponsibly, and then trying to get out of the debt trap is never easy. It’s never too late to realize that paying off debt is also part of your financial goals. One lands in a debt trap when the income is not enough to pay the equivalent monthly payments (EMI) and the interest continues to accumulate on the unpaid amount.

The person ends up taking out new loans to pay off the existing loans. Indeed, he could pay nothing. It is simply a matter of redistributing the debt and taking on more of it. Before he can realize the extent of the damage, the debt situation spirals out of control.

Once someone falls into the debt trap, it only gets more complicated over time. Credit scores take a hit, and savings and goals are hurt, while debts continue to grow monstrous.

Loans and credit scores share a positive correlation: the higher the credit score, the better your chances of taking out a loan and negotiating the interest rate on that loan.

“A good credit score also improves eligibility for your loan amount. And there is a negative correlation between credit score and over-indebtedness. If you use too much debt, it shows that you are debt-hungry and there is is more likely to be late or default,” says Ladha.

There are also other risks associated with rising inflation. Experts believe that rising inflation and rising interest rates could erode your investment returns. And it could also increase your debt load.

Plus, when you borrow too much and delay paying off your loan, your interest accumulates and you end up paying a lot more, leaving a hole in your finances. This way, you could delay your plans to buy a house or start a family. You may also not be able to save for your future. Plus, you might need a second job just to survive and pay off your loans.

“Let’s say you take out a home loan to buy a property. The assumption is that the borrower rents the property for rent and earns rental income. With this rental income, he plans to pay the EMIs. At the end of the term of the loan, the residential property becomes an asset. What happens if, in the economy, the supply of real estate is greater than the real demand (the number of tenants is less than the available real estate)? During the covid-19 pandemic, station employees returned to their respective hometowns. The properties offered for rent have remained empty for months. But the borrower had to pay the EMIs on time. If the liquid asset coverage ratio was ignored in the first place, while opting for one or more loans, the repayment capacity of the loans becomes a daunting task. Therefore, ratio analysis is a critical aspect that we as financial advisors need to consider when working with clients reeling from a debt trap,” says Arijit Sen, Investment Advisor registered with Sebi and co-founder of Merry Mind, an establishment in Kolkata. financial consulting firm.

How Loan Apps Fool Borrowers – and How Microfinance Can Help