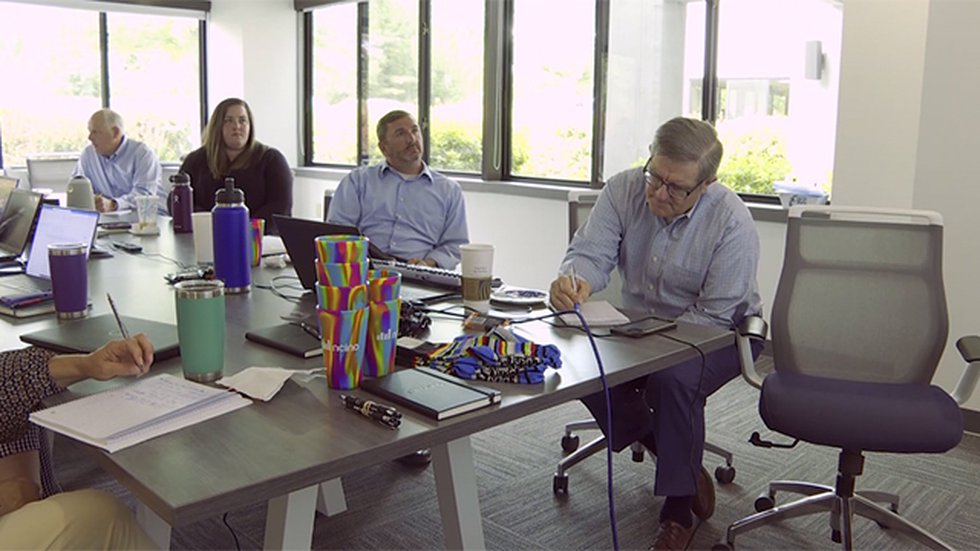 SOUTH BURLINGTON, Vt. (WCAX) – Most banks are a dime a dozen, but a new financial institution in the works says it will stand out by focusing on supporting Vermont’s small and medium-sized businesses. The Bank of Burlington has raised $33 million in seed capital in record time and all it needs to do is get the green light to open.

A team of 12 people are busy getting up to speed with what they say is best-in-class technology. Many of these new hires say they trade jobs at regional and national banks to sit in these seats, drawn to the Bank of Burlington’s mission and vision to reduce red tape and long customer waits. so they can get their projects out of the grind and done faster.

Each employee is equipped with chests of local knowledge and CVs rich in banking expertise. President and Chief Credit Officer Walt Greiner leads this team. “I retired for a year and a half after 32 years in banking, all here in Burlington,” Greiner said.

Reporter Christina Guessferd: What prompted you to work here, in particular? Why come out of retirement for that?

Walt Greiner: I thought the opportunity was really good for me. But I really like the business model.

A de novo bank founded by Vermonters, run by Vermonters, for Vermonters. “We built the team with people we knew, mostly who we had worked with in the past. There are maybe as many as eight of us who have crossed paths at some point in another institution said Greiner.

From TD Bank and Bank of America to People’s United, some retired from the industry altogether when Community Bank acquired Merchants Bank in 2017. Now, with their former Merchants Bank boss Geoff Hesslink at the helm, coming back was everything. logical fact. “We really have a great team. They want to be part of it,” Greiner said.

While the team practices on the bank’s technology, painters are putting the finishing touches on the space – all preparations in anticipation of a soft opening in August.

With 26 years of banking under his belt, Senior Loan Officer Phil Smith is currently tasked with bringing the company’s technology online, including a mobile app and website with capabilities he says compete with big banks.

Reporter Christina Guessferd: How does having your boots on the pitch make a difference in your relationship with your customers?

Phil Smith: Being able to go out and visit customers on site, learn what they do, understand their needs and concerns, and then help them find solutions to grow their business and succeed. It’s the best part of the job.

And just a short drive away, lenders can check the projects they’re funding face-to-face and see their money at work and grasp for clues if the business is collapsing or taking off. “And that’s the big part of lending money as a bank is protecting the bank and making good credit decisions,” Smith said.

Reporter Christina Guessferd: How soon do you expect to have credit decisions for your clients?

Phil Smith: With the consolidation that has occurred in the banking industry, decision making has moved away from the customer here in Vermont. We bring that back locally. Where it could take several weeks, we expect to issue a decision within days, if not faster.

There are already a few dozen companies on the waiting list. CEO and Chairman Geoff Hesslink says the response has been humble.

Reporter Christina Guessferd: What kind of attention has the Bank of Burlington gotten since our last conversation?

Geoff Hesslink: Completing the fundraising in four weeks was confirmation for us of the need and market demand for the bank’s offerings.

The Bank of Burlington says it plans to lend to businesses that big banks deem not suitable. In addition to commercial loans, the bank will also offer consumer deposit products such as checking accounts and savings accounts. If the state and FDIC approve the bank, it will be the first new financial institution to be licensed in Vermont in more than three decades.