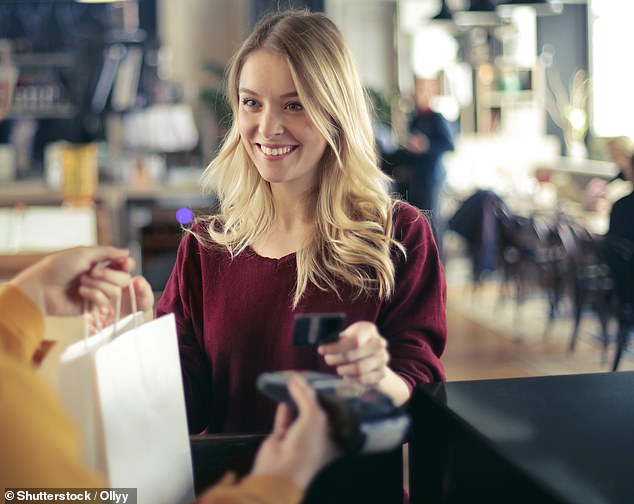 The amount owed on Australians’ credit cards rose by more than $660million in June, the second-highest spike on record for the month.

If this continues, the resulting huge increase in spending could seriously hurt Australia’s inflation figures and lead to even higher interest rates.

With wage growth failing to keep pace with price increases, many have been tempted by the plastic solution of pulling a credit card out of their wallet or purse.

But the Reserve Bank of Australia wants to see the opposite happen. By raising interest rates at the fastest rate in three decades, he is trying to reduce overall levels of demand.

If Australians start spending billions more a year on their credit cards, it makes the RBA’s job harder and could lead to higher than expected rate hikes.

Credit card spending has become such a concern that Australians who want to get a home loan are being told they will have to cut off all their credit cards.

The amount owed on Australians’ credit cards rose by more than $660million in June. A woman is pictured using her credit card to pay at a restaurant

Other countries with similar economies, such as the United States, have already seen massive growth in credit spending.

In March alone, Americans added more than $37 billion (US$25 billion) to their collective credit card and line of credit balances.

Australia had moved away from credit card spending since the global financial crisis hit in 2008 – when credit card purchases accounted for an incredible 20% of gross domestic product.

Having learned a hard lesson from the GFC, Australians have slowed down their credit card spending and have also, in recent years, started using “buy now, pay later” services.

Much of the rise in credit card debt accumulated in June was due to Australians traveling overseas in large numbers for the first time since the pandemic began in 2020.

They used their credit cards to pay for flights, accommodation and vacations, as well as to cover basic living expenses at home.

If this trend continues, it would mean that the RBA could resort to even bigger interest rate hikes in the immediate future.

Rates have already increased every month since May, rising from 0.1% to 2.35%. Further increases are expected in October and November.

The higher interest rates rise, the harder it will be for borrowers to get approved for a home loan.

Since last November, Australian banks have been required to assess a borrower’s ability to meet a three percentage point increase in variable mortgage rates.

Laws also came into effect in January 2019 that require a consumer to prove that they would be able to fully pay off their credit card debt within three years, rather than just making minimum monthly repayments.

For borrowers, this means that a home loan that would have been easily approved just a few months ago would now only be possible if a potential home borrower closed all of their credit card accounts.

But if this six-figure earner wanted a credit card — so he could have an Apple iTunes account, buy goods online, or book vacation accommodation — he would have to reduce the amount he borrowed. 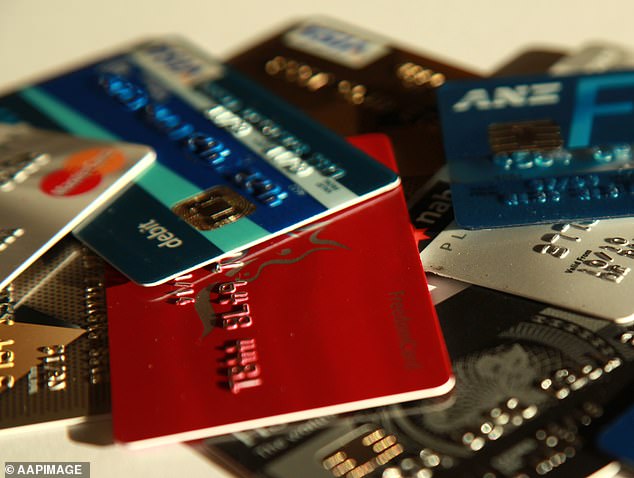 If the increase in credit card spending continues, it could hurt Australia’s inflation figures and lead to even higher interest rates. Pictured is a selection of Australian credit cards

RateCity research director Sally Tindall says canceling a credit card now means the difference between getting approved or rejected for a home loan. 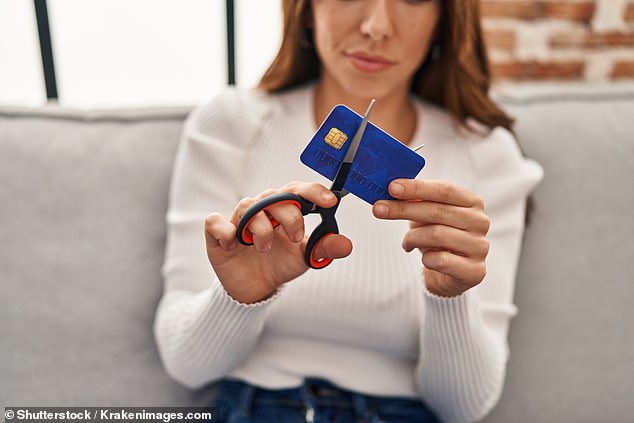 “People looking to get their home loan application green light often cancel their credit card to increase their chances of approval, particularly if they’re carrying more than one card,” she told Daily. MailAustralia.

“Very often a credit card can be the difference between getting the green light for a new mortgage and having your application turned down.

“If you’re looking for a home loan, understand how your credit card could impact your borrowing capacity and make an informed decision about your options.

“You might decide that a credit card is a luxury you can do without in the short term in order to get the green light from your bank for the home you want.”

The resulting turmoil and uncertainty has seen ANZ Bank tip property prices in Australia’s biggest cities plummet 20% by the end of 2023 as interest rates continue to increase – wiping $263,000 off the value of a typical home.

What borrowers could pay on their mortgage bill by November vs. May

Calculations based on the cash rate dropping from a record high of 0.1% in May to 3.35% in November, as forecast by ANZ. Monthly repayments based on popular Commonwealth Bank floating rate increase from 2.29% to 5.39% expected

Want to borrow against your home? It pays to move as soon as possible