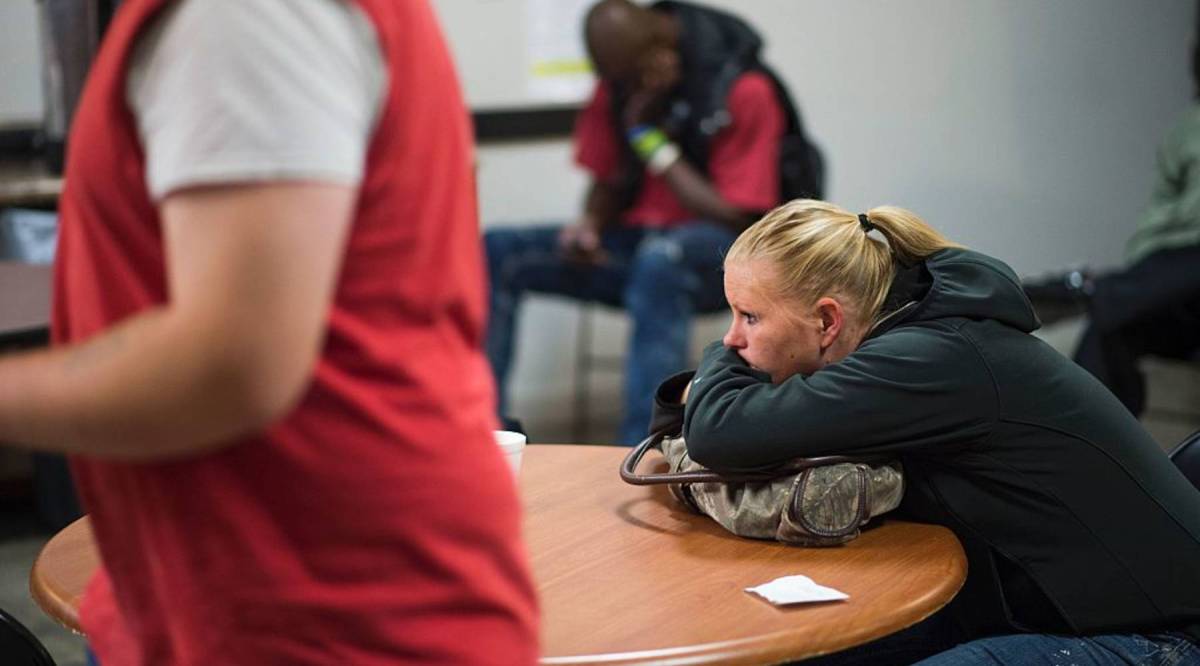 The Work Opportunity Tax Credit is a federal program that provides businesses with a tax credit if they permanently hire and retain people from marginalized groups. But a recent investigation by journalist Emily Corwin for ProPublica found that temp agencies that place people in short-term jobs, which some call “dead end” jobs, benefit the most from this program. “The $2 billion program now distributes hundreds of millions of dollars a year in grants for the very jobs lawmakers wanted to avoid rewarding,” she wrote.

“Marketplace” host Kai Ryssdal spoke with Corwin about the unintended consequences of the tax credit. The following is an edited transcript of their conversation.

Emily Corwin: So we’ve found that the program is not just a boon to large, low-wage, high-turnover employers, but more surprisingly, it’s a huge boon to the temp industry, which by definition , does not offer permanent employment. And so in our data, you know, almost 1 in 4 of the certifications for this tax credit goes to temp agencies. If you take Kelly Services, for example, over the past decade Kelly Services has received $164 million in tax credits, which to put that in context is half of the company’s pre-tax profits. . So it’s really a big and substantial impact that the program is having.

Kai Rysdal: One of the things that these temp companies say is, “Hey listen, temp jobs are temporary, but they’re stepping stones to a permanent job.” Does it hold up in practice?

Rysdal: You spent a lot of time on the phone with a lot of people who had been hired by companies to get this tax credit. Choose your favourite. Give me a story.

Corvin: Sure. So I didn’t just spend time on the phone. in fact i also drove [from] From Chicago to Atlanta, and I’ve talked to tons of people in parking lots outside temp agencies. And just one thing is that the number of people with criminal backgrounds working for temp agencies is amazing. DeMond, a character that I sort of feature in my reporting, is someone who has been incarcerated before. In his case, he was incarcerated for a long period on violent charges, of which he maintains his innocence. When he came out, he had done a ton of work on the inside to prepare for life on the outside. He had earned several associate degrees, he had earned several carpentry certificates, he was hoping to get a job with a union. And instead, he found he could only get temporary work. And like many people in his place, he was drawn to temp agencies, temp-to-hire positions. And he was told, you know, you work 90 days to earn, I think it was $14 an hour. And you won’t get any benefits at first. You know, he worked so hard. His manager likes him and says, you know, “We’ll, we’ll definitely hire you permanently when your time is up.” And 90 days passed, he applied for the job. And for the first time, this company, Tennant Co., does his background check and finds out he has this file and says, “Oh, wait. No no. We don’t hire people like you. And it came back to zero. He is unemployed. He is devastated. But the temp agency, you know, not only was able to collect a percentage of his salary, through his contract with this company, but he’s also now entitled to, you know, up to $2,400 in tax credits for hiring a formerly incarcerated person.

Rysdal: I hate to end on a deeply cynical question, but I have to. You spent a lot of time reporting this and ruminating on what it meant. Did that surprise you?

Corvin: I was surprised, honestly — it’s even more cynical than your question — I was surprised how many people accept their temp job earning less than the people they work with because of their criminal record. And honestly, sometimes it made me really question what I was doing. Is there anything wrong with that if the people involved in it have accepted it so completely? And I had to go back and be like, yeah. But it left me pretty cynical too, to be honest.

Rysdal: Yeah, no, I hear you. Emily Corwin, it’s a good track, if, you know, a little depressing in ProPublica on the Work Opportunity Tax Credit and how it is being used or possibly misused in this economy. Emily, thank you very much.

Corvin: Thanks, Kai. I mean, is that too depressing a note to end on?

Rysdal: Absolutely not. That’s what it was. That’s why I asked the question. I mean, how do you do this job and not get away with saying, “Jesus!” ? You know?

Corvin: Because the truth is, come to think of it, I was also deeply inspired by DeMond Bush and his resilience. But yeah, so I don’t know.

Rysdal: These are real reactions. I appreciate you taking the time, Emily.

There’s a lot going on in the world. Through it all, Marketplace is there for you.

You rely on Marketplace to break down world events and tell you how it affects you in a factual and accessible way. We count on your financial support to continue to make this possible.

Your donation today fuels the independent journalism you rely on. For just $5/month, you can help maintain Marketplace so we can keep reporting on the things that matter to you.