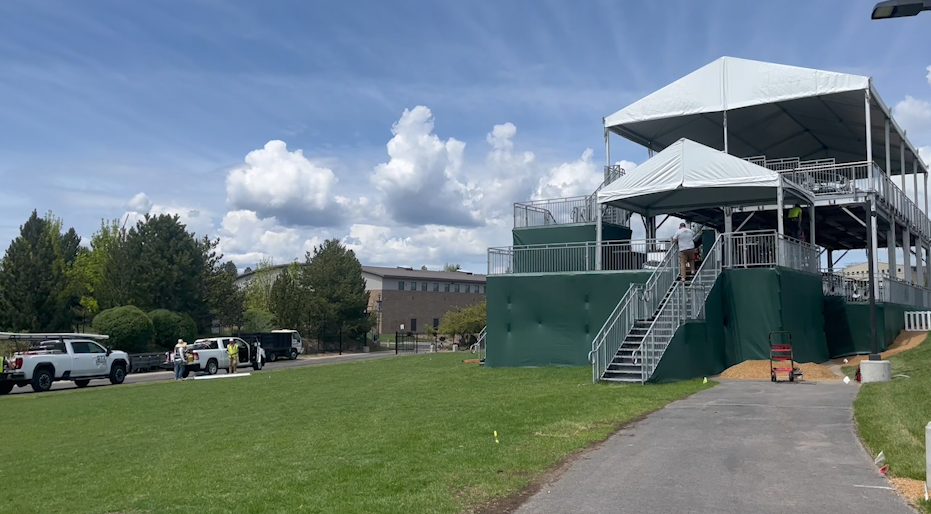 BEND, OR (KTVZ) — Hayden Homes Amphitheater in Bend is completing Phase 2 of its upgrades and renovations as it prepares the 8,000-seat riverfront venue for summer spectators, with a record 50+ acts to visit and play.

The first in the busy concert series will be rock band ZZ Top on their Raw Whiskey Tour, scheduled for next Tuesday, followed by a special guest.

The Phase 2 upgrade work that began in January makes the amphitheater more accessible and provides more space for spectators and 10 food carts.

Spectators will also notice cabanas, a VIP deck and a new entrance – the south gates have been moved back and the river path has been rerouted. It is intended to help people get into the room faster without blocking the river path for others.

“It’s going to be a big crowd,” said Beau Eastes, marketing manager for Hayden Homes Amphitheater and the Old Mill area, Thursday. “I think a lot of people are excited to see what the site looks like this year, after a second off season of improvements and upgrades.”

The amphitheater has also installed an underground power supply throughout the hall, for better Wi-Fi access and better lighting.

“It’s our most diverse lineup we’ve ever had – we’ve got country, we’ve got great 90s rockers, we’ve got first-time EDM, we’ve got stand-up comedy,” Eastes said “I encourage everyone to go to Bendconcerts.com. I think there will be one or more shows for anyone who is excited to rock and roll a bit this summer.”

For attending concerts, policies include a clear bag policy, a cashless venue, and allowing people to bring a yoga mat or bath towel. All on-site vendors will only accept debit, credit or gift cards. For the lawn, yoga mats or bath towels should be 30 x 60 inches or smaller.

As for Covid-19, the majority of programs do not have a protocol.

To see all the summer programming, visit https://bendconcerts.com/.