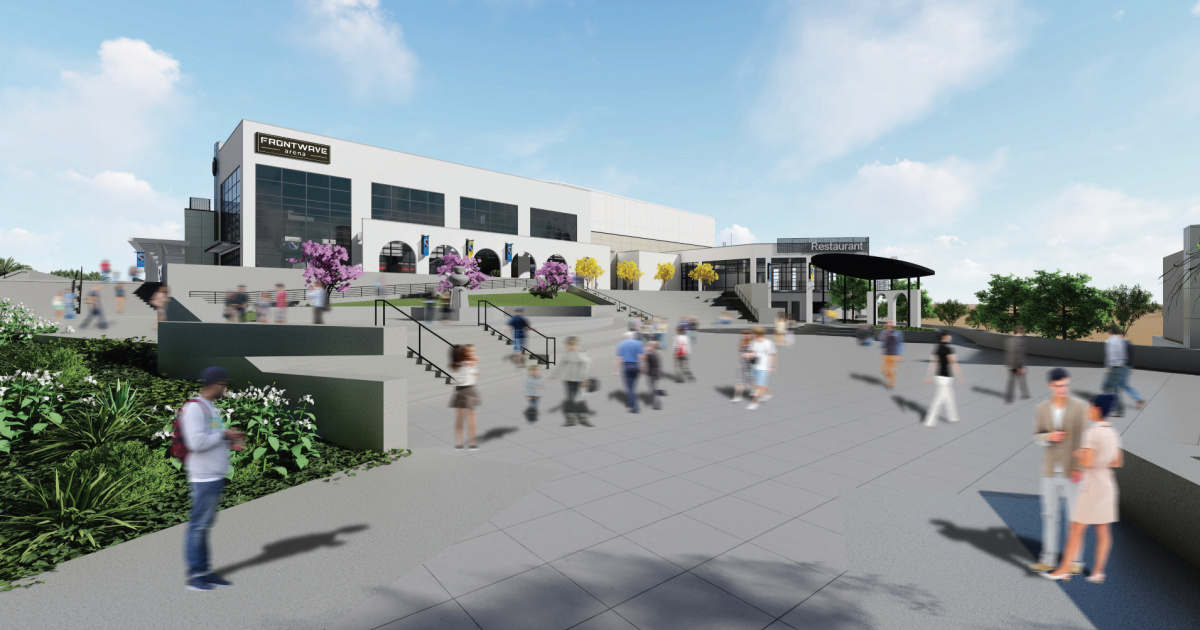 Frontwave Arena is coming to Oceanside in 2023

The 170,000 square foot arena will be called Frontwave Arena and will be built in the El Corazón Sports Complex area near Oceanside Blvd and Rancho del Oro Drive.

“We’re dreaming big with the creation of a state-of-the-art entertainment complex in Oceanside, and we have a naming rights partner who’s dreaming big too,” said Sean Bowers, president of Oside Arena Management. “We couldn’t be happier to partner with Frontwave Credit Union, an organization we’ve worked closely with over the past few seasons with the San Diego Sockers. Together, we seek to change the face of entertainment in North County San Diego.

Frontwave Arena will accommodate 6,000 fans for sporting events and up to 7,600 for concerts and will include a full-service restaurant, bars, concessions, plaza and 16 luxury suites.

“As the official credit union of the San Diego Sockers, we are thrilled to have been granted exclusive naming rights to their new home Oceanside,” said Bill Birnie, President and CEO of Frontwave Credit Union. “Frontwave has served the Oceanside community for 70 years, and we are proud to be a key partner in this exciting project that will benefit the entire North County area. The Frontwave Arena will serve not only as a community gathering space, but also as an important economic engine for the region.

The arena will also host other future sports tenants to be announced, as well as concerts, amateur sports (high school/college) and community events throughout the year.

The 10-year partnership will begin with the arena’s scheduled opening in late summer/fall 2023.