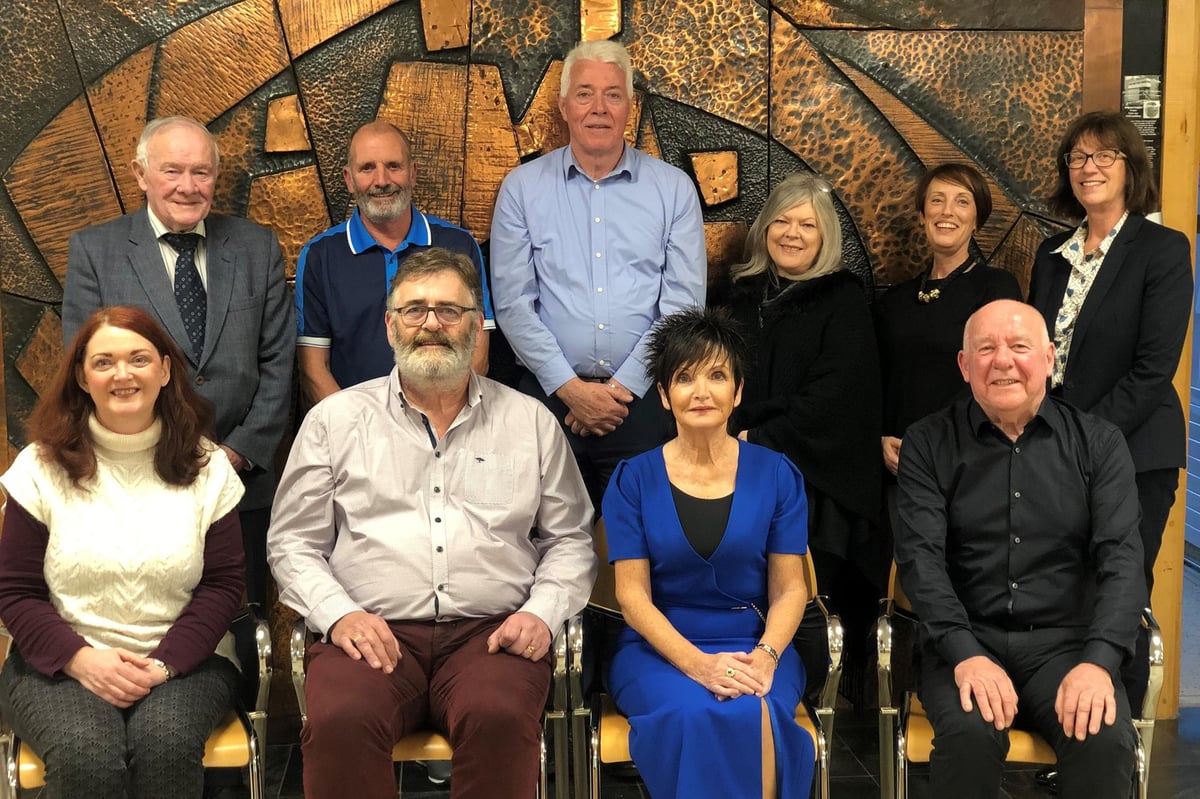 Commenting at St. Mary’s College, the Caisse Populaire’s external auditor, Mr. John Bradley, praised the work of the Board of Directors in confirming impressive financial figures for the past year.

Mr Bradley praised the credit union’s committed staff for choosing to remain open during difficult times such as Brexit, Covid-19 and the current cost of living crisis. He also praised the members of the credit union who remain loyal to the local organization.

Members approved the proposed dividend of 0.4% and the reduction of interest rates on applicable loans by 25%. This equates to over £1million in dividends and interest rate subsidies now available to members.

In the Board Report, delivered by Board Secretary Patricia Doherty, members were informed that the merger with Claudy Credit Union was successfully completed in November 2021 and that the first sub-office of Derry Credit Union had opened on Main Street, Claudy, in December.

The meeting ended with the Board thanking members for their continued use of Derry Credit Union.

They also urged them to make the benefits of membership known to those who had not yet joined.

A raffle followed the closing of the deals with 26 members winning prizes ranging from £100 to £500.

Meanwhile, at the credit union’s organizational meeting held after the AGM, Colm McCauley was elected president by his fellow directors.

Assuming his new role, the new President paid tribute to outgoing President Sean Hegarty for his leadership, direction and professionalism throughout his tenure.

Colm McCauley was born and raised in Aranmore Avenue, Creggan Estate, and was one of ten children. He witnessed firsthand the extreme poverty, large-scale unemployment, impact of social injustices and lack of access to affordable credit facilities within the community in which he lived – the very circumstances that prompted the creation of Derry Credit Union.

Colm attended Holy Child Infant School and Long Tower Primary School and St. Columb’s College. He graduated from university with an honors degree and is a qualified accountant with the Chartered Institute of Public Finance and Accountancy.

Colm believes that Derry Credit Union remains a vital asset to the local community, providing its members with affordable loan products. In addition, Derry Credit Union provides insurance benefits such as savings cover, loan cover and death benefit cover, and is also a place where savings play an important role in daily life. .

Colm is a strong supporter of the credit union’s request for approval to provide mortgages in order to remain competitive with other financial institutions and explains that such new services can be undertaken because Derry Credit Union is in a very stable financial position to move forward strategically.

In the role of President, he looks forward to continuing the excellent achievements to date.

Colm paid tribute to the dedicated workforce and members of the Credit Union and he acknowledged the tremendous continued support of the Derry Credit Union from the local community.