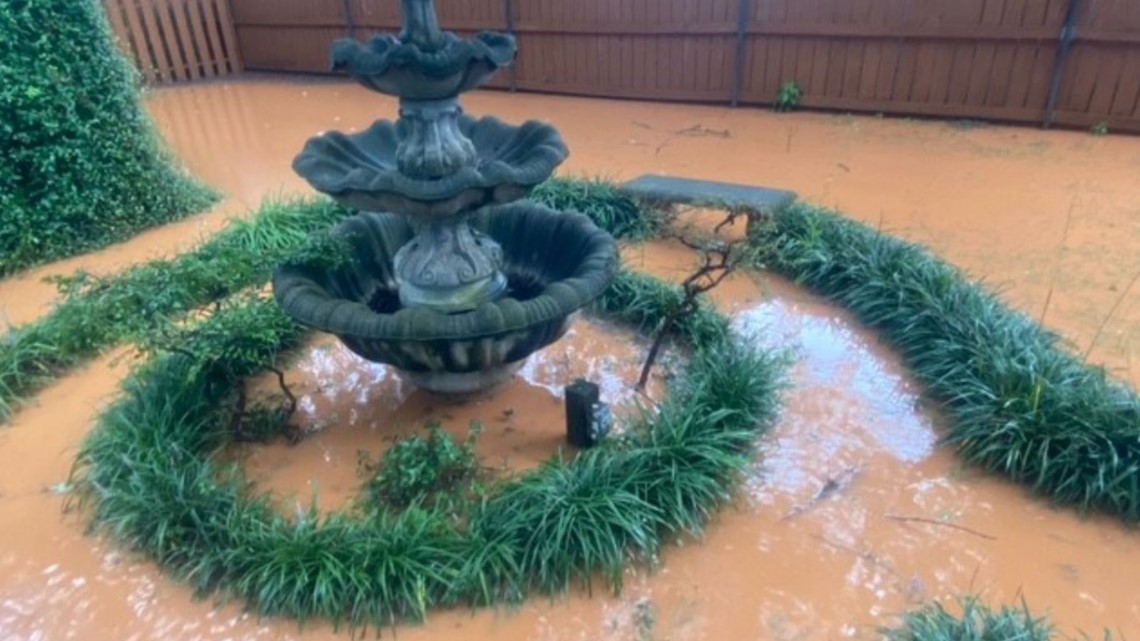 Charlotte Metro Credit Union is building a new branch in the Elizabeth neighborhood, but residents say the new construction is disrupting the area’s water flow.

CHARLOTTE, NC – When it rains, it rains. But in parts of Charlotte’s Elizabeth neighborhood there is also flooding.

For nearly 20 years, neighbors like Joe Duke who live along Sunnyside Avenue say they have struggled with flooding and poor drainage. Neighbors say it is connected to the Charlotte Metro Credit Union, which has built its drive-thru counter along Central Avenue, which is the next street.

According to Duke, the leveling of the land disrupted the flow of water in the area. As a result, Duke believes the credit union installed several three-inch holes in the back wall of the property which then discharge water directly into Duke’s back yard.

“They just feel like they can dump their water and make it somebody else’s problem without caring about the world,” Duke said.

RELATED: When it rains, it rains: August is Charlotte’s wettest month

Duke says that over the years he’s managed to find ways to alleviate flooding by creating his own makeshift ditches, but the problem started to get worse this spring.

It was at the same time that the Charlotte Metro Credit Union began to innovate for its new branch.

You can stream WCNC Charlotte on Roku and Amazon Fire TV, just download the free app.

“The water that comes from their construction site is like a raging river when it combines with the normal flow of their drive-thru,” Duke said.

In a letter responding to those concerns, the Charlotte Metro Credit Union says it will implement a stormwater design for its new headquarters. It also adds that the root of the problem is that Charlotte-Mecklenburg has never installed storm drains on Piedmont Street or Sunnyside Avenue.

The neighbors hope that after all this time, some form of accountability will occur.

“We want to see things improve,” Duke said. “We want to know that you are going to be a good neighbor.”

ALSO ON WCNC CHARLOTTE: Yes, this is the biggest drop in gas prices in the last 10 years