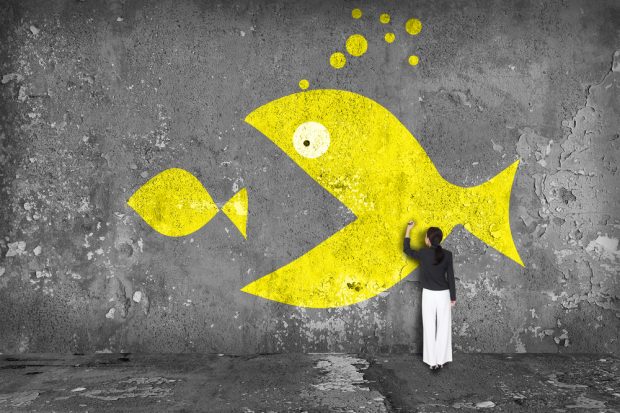 The financial pages have recently been flooded with news of partisan wrangling among regulators over the process for reviewing potential bank mergers. Attention to this issue could not be more timely, as the bank merger review process is in dire need of reform.

Despite the passage of the Dodd-Frank Act of 2010, which aimed to reduce systemic risk and impose limits on “too big to fail” banks, consolidation in the banking sector has continued unabated. There were 1,616 fewer banking institutions in 2010 compared to 2020, according to the Federal Trade Commission. Credit unions and other community-based financial institutions have borne the brunt of the bloodshed. This market consolidation has been particularly detrimental to retail consumers in underserved communities and small businesses. Now is the time for banking regulators to put the brakes on unchecked banking consolidation.

Under antitrust law, the DOJ and bank agencies must review the competitive effects of a potential bank merger before approving it. Unfortunately, the review process has become little more than an automatic rubber stamp for merger proposals. For example, while the Federal Reserve approved 408 proposals in the second half of 2020, it rejected none and recommended only seven applications be withdrawn due to competition, management or other concerns. background. Given that market consolidation and risk correlations in banking have continued unabated for decades, one would expect regulators to substantially reject more than 1.6% of merger applications.

At a time when government agencies and businesses around the world were either closed or operating at limited capacity due to the COVID-19 pandemic, business was business as usual for bank merger regulators. The median processing time for reviewing merger and acquisition proposals in the second half of 2020 was 47 days, just four more than in 2019, according to the Federal Reserve. The speed with which bank merger requests are processed is remarkable. A brand new bank with the bare minimum of required capital must wait 60 to 120 days for FDIC approval, while multinational banks with billions in assets and offices in dozens of countries can expect l approval of the merger in just over a month.

These results are not surprising when one considers what actually goes into the merger review process. Regulators excessively focus their investigation on a single metric, the Herfindahl-Hirschman Index (HHI), which measures market concentration. Until a proposed merger would increase the HHI metric by more than 200, or result in a total HHI score of 1800 or more, “banking agencies are unlikely to further examine the competitive effects of the merger” , as stated by the DOJ . Although the HHI can sometimes serve as a reliable indicator of competitive effects, it suffers from a number of flaws that advise against its continued use as a primary consideration in the merger review process.

For one thing, the HHI metric does not consider systemic risk or community impact, even though regulators are required by law to consider both of these factors as part of their merger reviews. A merged bank may impose systemic risk on local or broader markets (for example, due to new derivative exposures or risk correlations) even if its market concentration technically passes the HHI 1800/200 test. The current process essentially ignores these systemic effects, even though the Dodd-Frank Act added a requirement that regulators must consider these effects during bank merger reviews.

Banks have long used mergers as a way to take credit out of minority neighborhoods and divert it post-merger to wealthier neighborhoods. The Community Reinvestment Act was passed to remedy these pernicious “redlining” practices. However, the simplistic HHI metric does nothing to account for these unfair practices. Regulators must come to recognize community impact as a non-numerical consideration that simply cannot be properly distilled into a single metric.

Additionally, the HHI is flawed because it can be manipulated by corporate mergers to evade regulatory scrutiny. In their negotiations with regulators, bank advisers often put forward “creative” arguments to minimize the size of the relevant market and thus obtain an HHI score low enough to exceed the threshold of 1800/200. Even without outright manipulation, HHI scores can provide unreliable data. In some cases, the market itself may be amorphous or highly segmented based on product category or geographic access, so raw data on market concentration is unreliable.

The entire bank merger process should be revised into a discretionary process that considers relevant numerical and non-numerical factors. The current system of automatic bank merger approval based on a single metric defeats the intent of Congress and does a huge disservice to credit unions, small businesses, and redlined customers.

What is Buy Now Pay Later