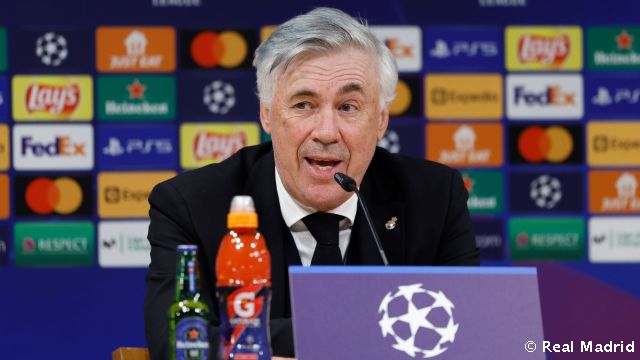 “When everyone thought the game was over, it was down to a small detail, a good combination and a goal from Rodrygo,” said the coach.

After the victory against Manchester City, Carlo Ancelotti spoke in the press room of the Santiago Bernabeuwhere he expresses his joy real Madrid reaching the Champions League final: “It’s not so easy to explain. When everyone thought the game was over, it was just a small detail, a good combination and a goal of Rodrygo. We put all our energy into it. You still need a bit of luck to win these kinds of games.

“The opposition was strong. The match was very complete and the team did not give up. After Manchester City scored it became much more difficult, but we were committed. We were lucky and had energy. The changes helped. The players gave their all because it was such an intense match. We pressed really hard and City played like they always play, but it worked out well.”

The key points of the new school year
“Something strange happened. We had a wonderful night. We played against a really strong team. The teams which, at the start of the season, were expected to win the Champions League, such as PSG, Chelsea and Manchester City. Now we are against another team. A lot of the credit goes to those players, to the fans who push us, not only inside the stadium but also the days before; the importance of this jersey and the history of this club. We are proud to be part of this club.”

“These players never give up, it’s something special here. The players did a great job and I can’t stop thanking them for everything they have done and continue to do. Rodrygo arrives and scores two goals. Vallejo plays five minutes and wins every ball in the air. Ceballos and Asensio put in a shift. This should not go unnoticed. Nobody thought we’d be in the Champions League final this year, but we are there”.

The future of the team
“For 70 minutes, Casemiro, Kroos and modric did a fantastic job pressing high and they struggled towards the end. That’s why I took them off because I wanted a bit more energy on the pitch. real MadridThe future of is in good hands. Behind these three, there are young guys of incredible quality”.

Final tied
“I know Klopp very well. We’ve crossed paths many times and I have the greatest respect for him, his technical staff and his teams. I have huge respect for him, it’s going to be a fantastic final between two teams. with different attributes. It will be a very competitive final”.